“What is this GIAN thing that takes you away from the community every so often?”, asked one of the members of my community not too long ago. I was about to respond to him when I realised that the Secretary of the Social Justice and Ecology Secretariat at the Curia (SJES) was due to visit Lusaka. Consequently, I assured him that he would get a better explanation of “this GIAN thing” when Fr. Patxi Álvarez would be visiting our province of Zambia Malawi a few days later.

Fr. Patxi arrived in Zambia in early August, 2011, en route to Johannesburg for the JESAM (Jesuit Conference of Africa and Madagascar) annual meeting of social apostolate provincial delegates. He stopped over in Lusaka to visit the province and see some of the social apostolate projects here. 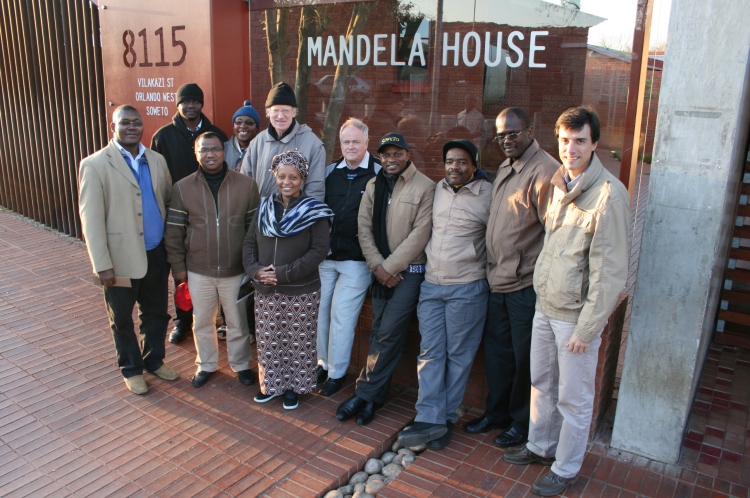 On a couple of nights, he spoke to some Jesuits of the province, including the one who had asked about “this GIAN thing”. Fr. Patxi explained that the history of GIAN (Global Ignatian Advocacy Network) goes back to the early 2000s when some Jesuits expressed the desire to network and collaborate on common projects. This would enhance their work and make the work more effective. Such collaboration would draw upon the already existing expertise that the Society has in several areas and would take advantage of the global reach of the Society of Jesus to spread the impact beyond local confines.

The GIAN project is founded on GC 35’s call to establish advocacy links and build bridges across communities, sectors and regions in the contemporary world. From his soft spoken but clear exposition, Fr. Patxi won over my brother.

The visit of Fr. Patxi both to Zambia and JESAM on the eve of the next phase (mapping and research) in the GIAN project was very encouraging to me and to others. It reinforced some of the desires of the Jesuits in the Conference to promote common actions on common issues. For example, at the meeting of JESAM provincials in Madagascar recently, the major superiors highlighted some of the urgent and common challenges facing the continent to which the Jesuits should respond not only as individual provinces but as a whole Conference. Three issues were proposed for reflection and action:

The GIAN project can easily be located within one of the apostolic priorities highlighted by the major superiors: peace building, reconciliation and justice. The network on peace and human rights which is being animated and guided by JESAM therefore fits the first priority identified by JESAM. The GIAN project will become a vehicle through which the Jesuits in Africa and Madagascar can realise the dream of a peaceful, just and harmonious continent. In addition to this, the newly inaugurated JASC project, a network of social centres in Africa, has also committed itself to supporting the work of GIAN drawing from its own plans of collaborating on some common African issues such as peace building. seems to me that the GIAN project has arrived at an opportune moment for the Society in Africa particularly with regard to its work on peace building and human rights. One hopes that it will turn out to be one of the ‘signs of the times.’

One thought on “The Global Ignatian Advocacy Network in Africa”